I have been wanting to write something about eSports for a while now, I have written up numerous posts and only to end up shelving them, most often because I found myself getting bogged down in details. I do feel like I need to explain these details, but in the interest of creating a succinct message to broadcast, I do need to avoid them.

I want to explain the ins and outs of what makes my particular favourite ‘eSport’, Counter-Strike, good. Why I enjoy watching it, why others enjoy watching it and why it is one of fastest growing of the largest eSports in terms of spectator counts and player counts. However, this is something for a later post.

For now I want to just write about my acceptance of eSports as a spectator event and how I am not only finding myself enjoying them, but actually being a very, very active follower of an eSports scene. 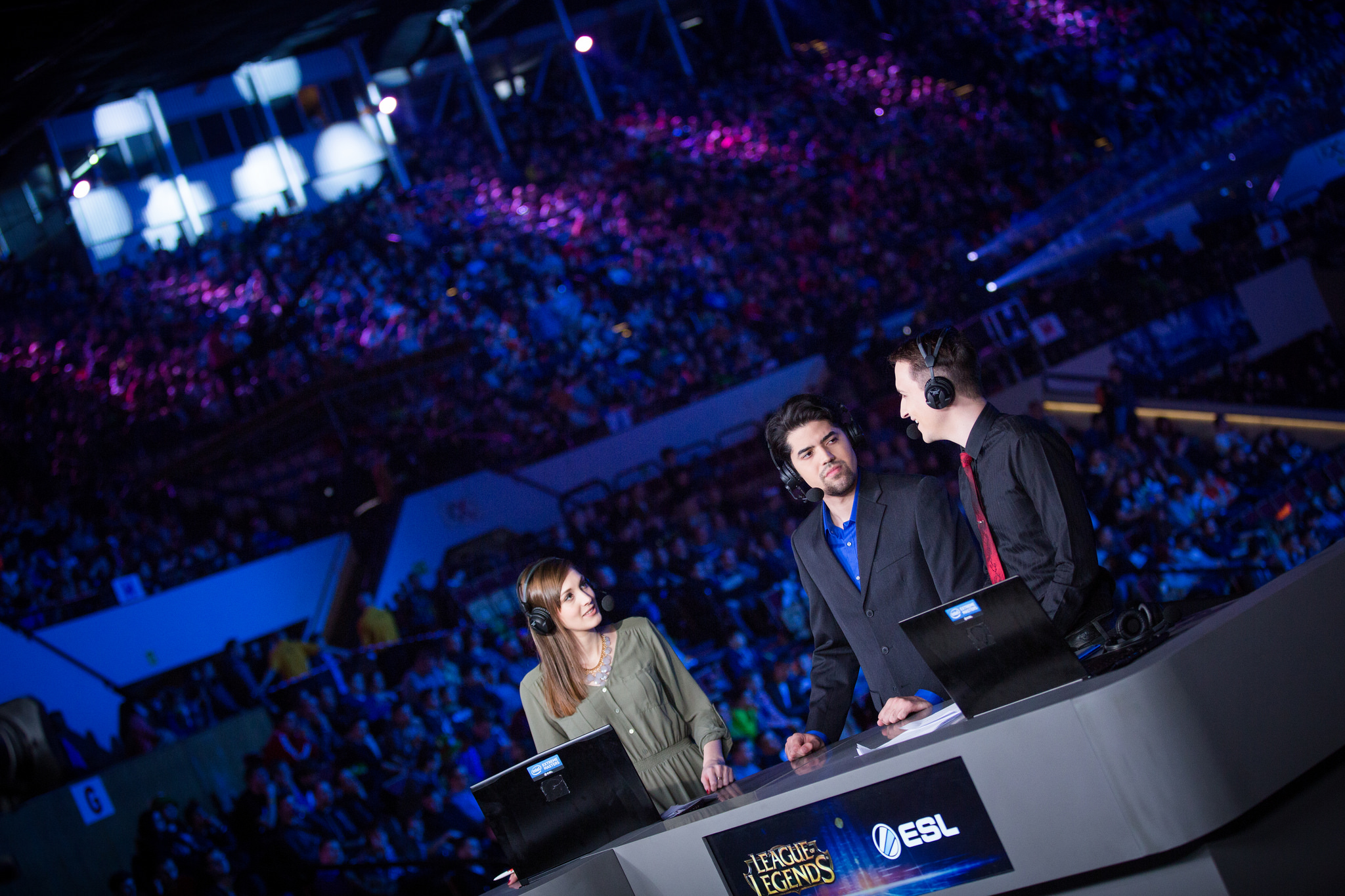 Unfortunately the image of eSports still suffers from the mainstream perspective of enthusiast video game players/watchers. News reports on mainstream news outlets often include the words “geek” and “nerd”, they often frame the report as “look at this weird new thing the kids are doing!”.

They’re not necessarily hostile (in fact, rarely so) but reports on “eSports” often join the club of reports on similar trends, new technology, new activities or events - the reporter includes a lot of exposition of his perspective or what he thinks is the perspective of a mainstream viewer. This is something that is useful in certain circumstances in a report, but is used too often and ends up shaping the report in those examples I listed, including eSports.

I’m not going to blame these reports for my own attitudes early on to the booming eSports industry, but they did sort of shape how I explained it to people who don’t share the same enthusiasm for video games and the industry. I knew it wasn’t a good approach, but perhaps subconsciously I felt like if that’s how those who explain things to people for a living, then that’s probably the way? I don’t know. 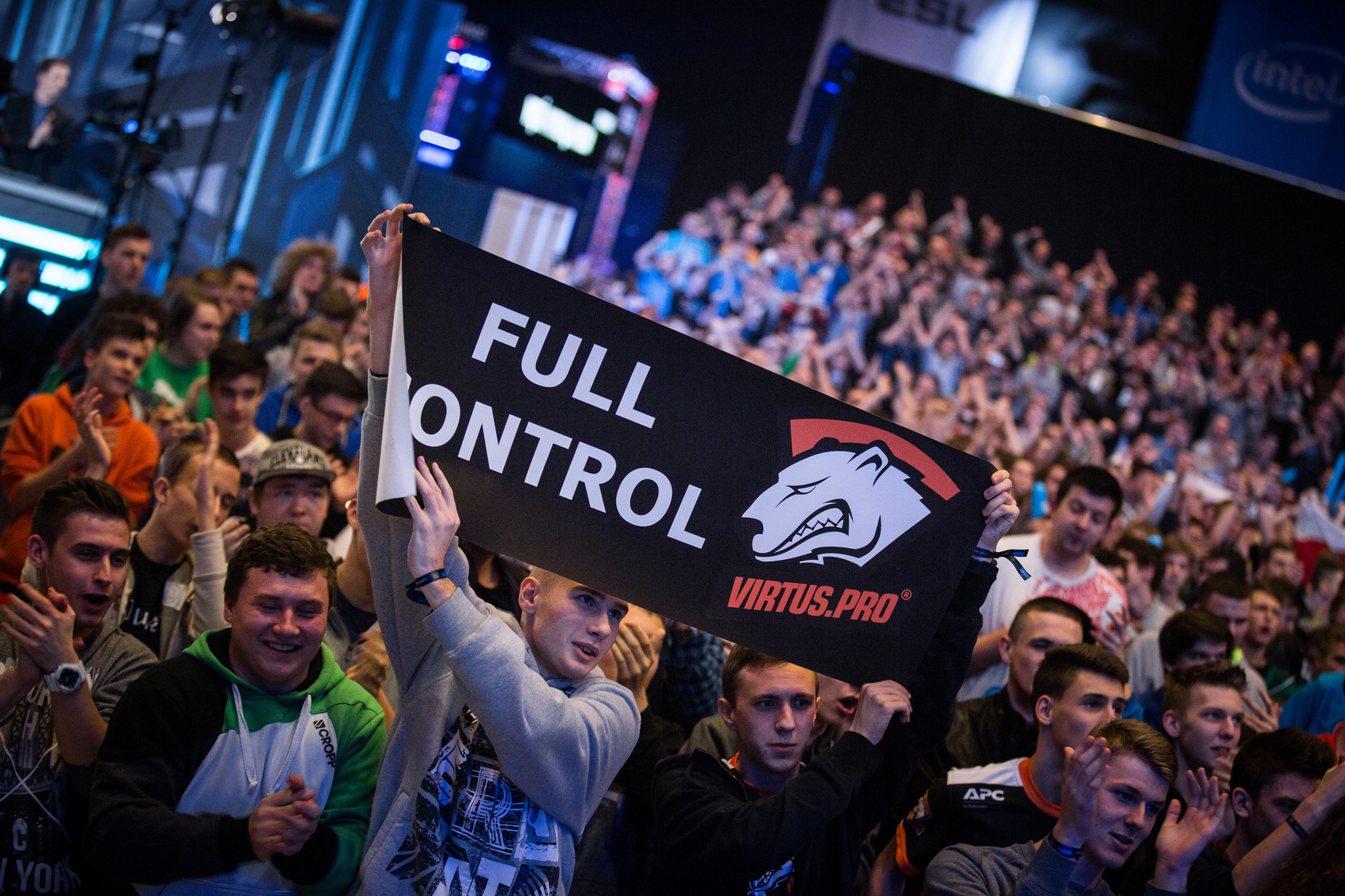 But either way, my point is that I didn’t personally accept that it would be something I would enjoy until the resurgence of Counter-Strike, because getting interested in an eSport often comes out of an interest in the video game itself. Years ago, back during the peak days of Counter-Strike 1.6 and to a lesser extent Counter-Strike: Source, I would occasionally download demos (match replays) of well known professional players that people had recommended, but I didn’t really follow the tournaments.

Perhaps this was partly due to accessibility, we didn’t have big streaming platforms like Twitch to watch matches live on and learning about tournaments was difficult. But I think it would have always had to have started to become this giant industry force that it has now become before I started paying attention.

My acceptance of eSports as something I could enjoy was a culmination of greater accessibility, greater visibility, lots of people who share similar interests in a particular area (e.g. they also play lots of Counter-Strike, like myself) talking about the professional CS scene, using official team art work in their profiles, etc, made me pay attention and give it a go.

Additionally, the opportunity to watch some actual professionals at a game I play a lot of (thousands of hours) seemed initially like a good way to help me play the game better. So I had arrived at the stage of acceptance, I did start paying a little attention to tournaments, I would, if I saw a tournament stream live, watch and learn a bit more about the scene.

The question now is what was it that got me to the level I am at now in regards to my participation? What is it that gives me so much enjoyment in this particular scene?

First of all, prior to “acceptance” I was one of those people who say “I’d rather just play the game, I don’t want to watch other people play it!”. Completely missing the point, obviously. I don’t watch the Olympics, or other sports and/or competitions thinking “I’d rather be playing it!”.

After I started watching more live streams of tournaments, as the tournament prize pools increased in size, as the viewer counts increased and as the competition between teams increased in quality - I noticed all the characteristics of what for me, makes an enjoyable spectator sport or competition.

Games that make good eSports are strict in terms of their gameplay. Most games can’t and don’t make good eSports, only those that have paid attention to creating a tight and pure ruleset and a similarly pure mechanical experience do. Any changes to gameplay are thought about at a competition level and the design of the game is driven by competition. 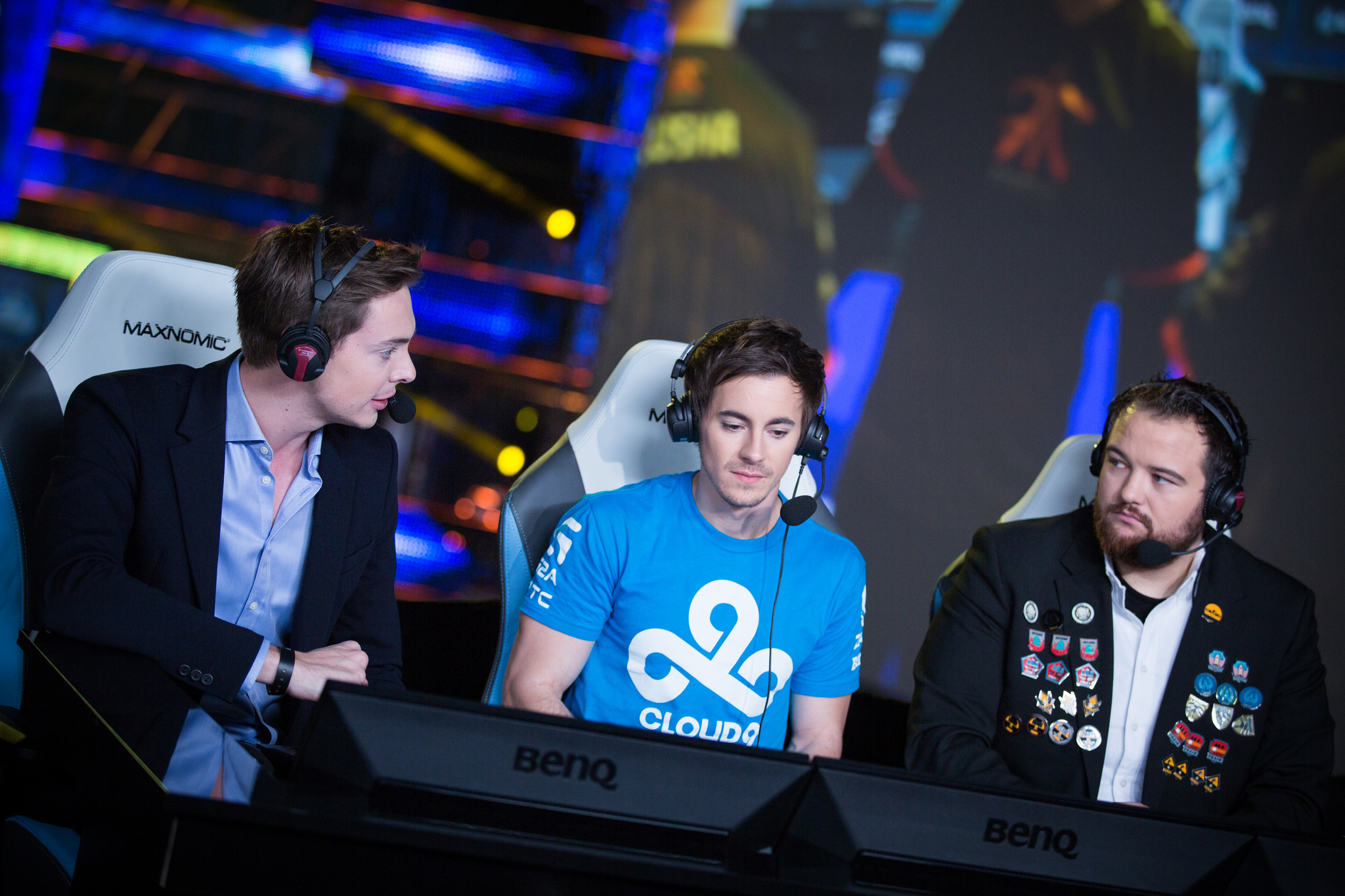 In the top eSports, you get the excitement of the game itself, you see people who are the best or among the best at doing this particular activity (similar to any other pro-level spectator sport or competition), you get people motivated by wanting to see their favourite teams to win (be it for personalities, local teams, style of play, etc), you get all the drama between teams, between players on teams, the news of tournament results and how that changes the positions of teams against each other.

The supporter/spectator discussion and participation can be as in-depth and lengthy as any of a traditional sport and that is what drives people to return to watch their particular favourite eSport(s). We have access to statistics, to replays, to whole matches and tournaments on demand, we have good commentators during the games and analysts talking about the games. 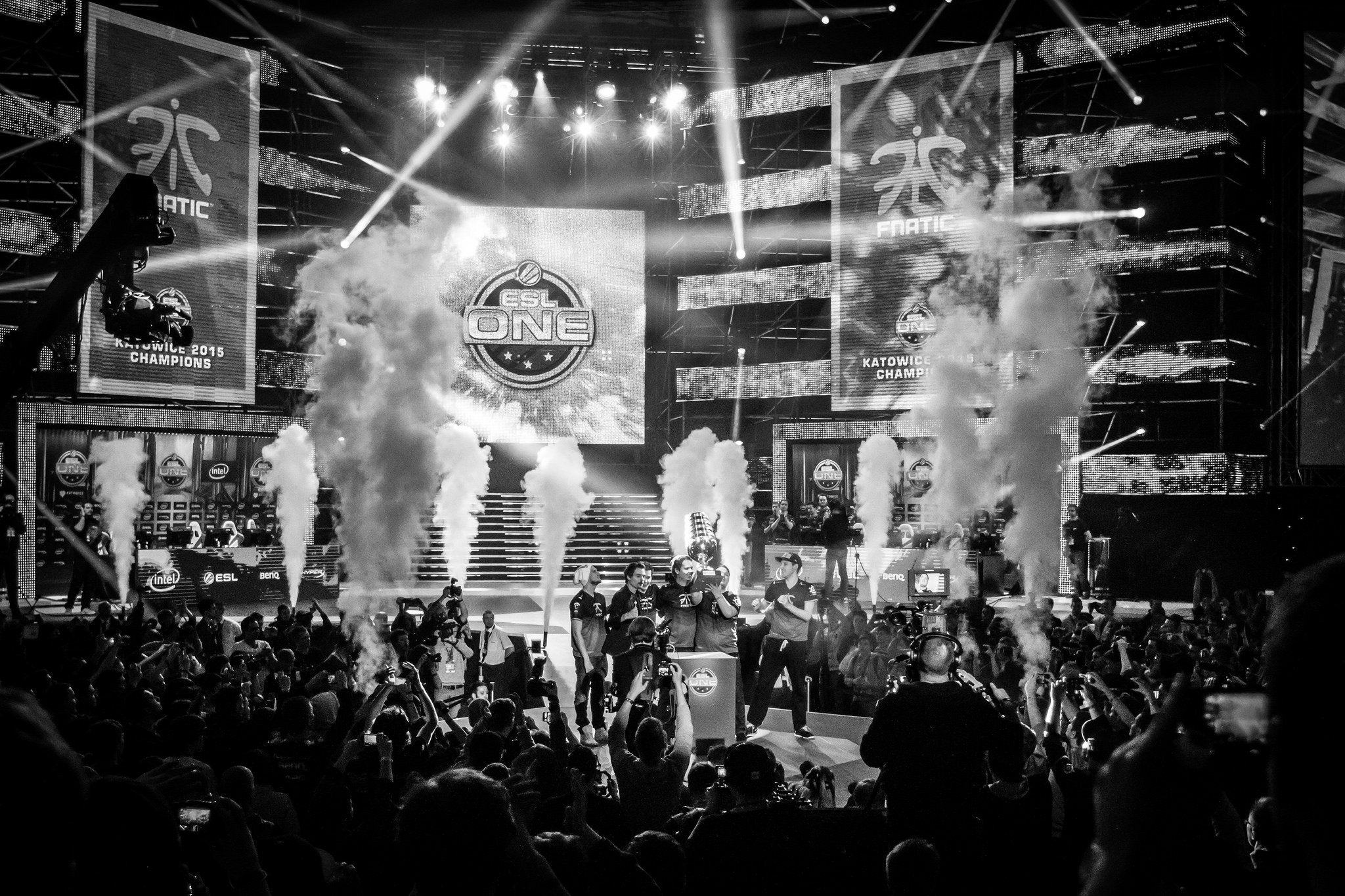 I engage in discussions about CSGO professional teams, players, matches, the scene in general, the competition quality of the game itself, both from the perspective as a player who plays it competitively (although obviously not professionally or to any serious level, just online games) and as spectator of the game.

Perhaps this enhances participation to an even greater level? Compared to, for example, football - you may play football with your friends or colleagues, but will you be abiding by tournament (e.g. Fifa) rules, will you be in the same sort of environment? No, you won’t. But as a player of an eSports game, you can and often will play in (mostly) the same environment as the professional players in the big tournaments, with the same ruleset and the same mechanics.

But returning to the view of the game as purely as a spectator sport, as someone who perhaps doesn’t play the game and with Counter-Strike and other eSports, there are lots of people who do watch the game but don’t really play it. I do have teams I enjoy watching, I enjoy trying to predict and analyse teams and players using my knowledge of previous games and/or tournaments.

I discuss with others what I think some teams need to do in order to beat another team, I discuss what I think are weaknesses or strengths of teams and players. Whilst I usually don’t strongly support teams or individuals in any competition or sport, I often do find angles to motivate me to pick a side, be that wanting to see a match up later on in a tournament between two teams I think will play well against each other or just personalities I want to see do well.

A team may be known for playing their games in a certain way that is effective against another team, but not particularly exciting to watch. So I will prefer to watch a team that has the bigger chance of getting into exciting situations, at pulling off miraculous wins when they looked to be too far behind (e.g. Ninjas in Pyjamas), or a team that is so good at calling different strategies and reading the state of the game in the middle of the 2 minute rounds that they can just out-think the opposing team using strategy, tactics and their great individual skill to pull off those tactics (e.g. fnatic).

Games can be tense, I can find myself (quietly) cheering, or with my hands in front of my face, barely able to watch. As much excitement and tension as any other competition or sport I have watched. 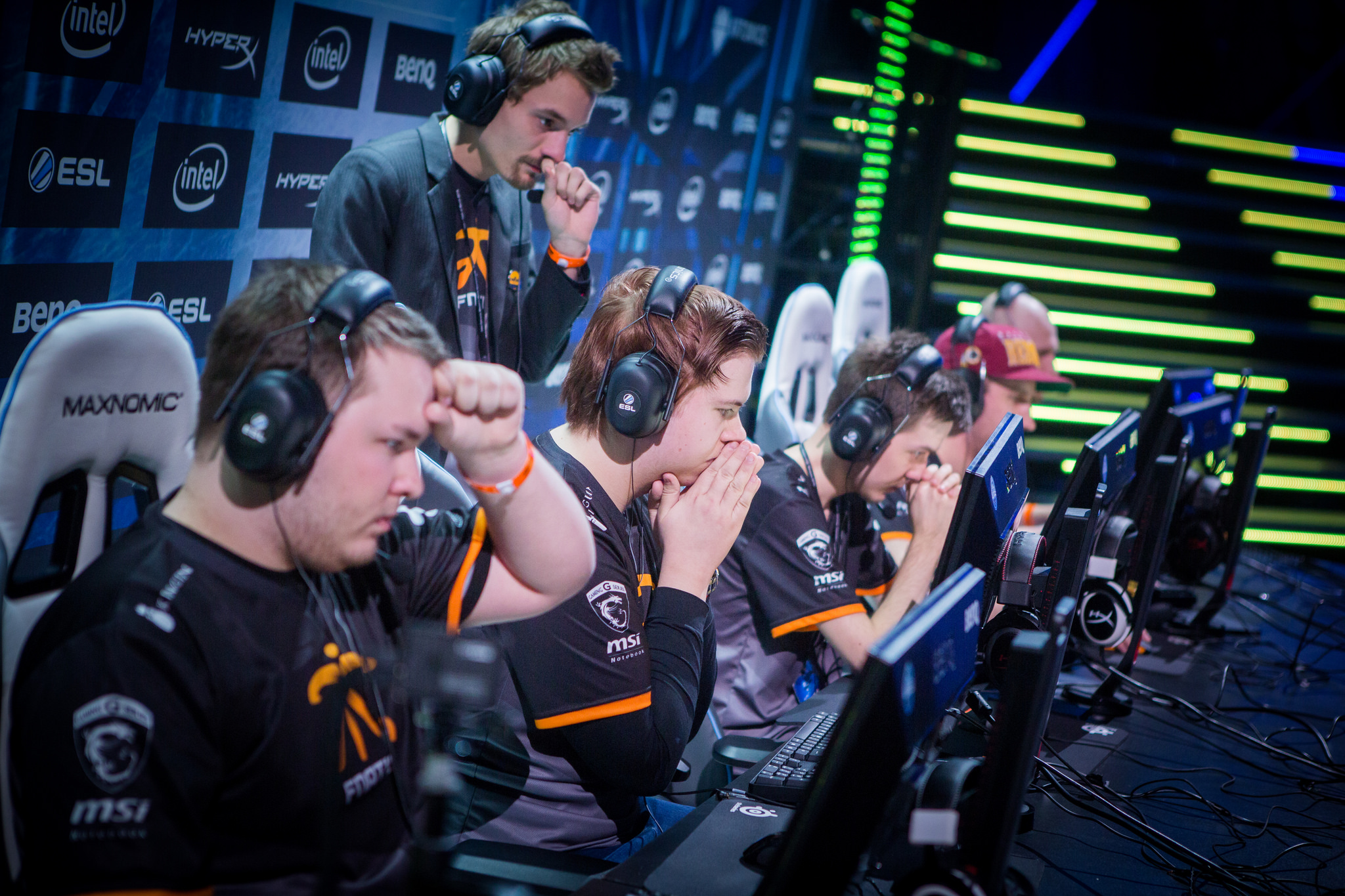 If I had been told about this level of participation from myself in something like this, in watching a video game, watching professional video game players, in developing a comprehensive knowledge base of lots of different teams and players, two or three years ago, then I probably wouldn’t have believed you.

As a consequence of PC gaming becoming more and more mainstream, we've…

# Favourites South Park: The Stick of Truth (PC) Pretty much the ultimate…