There are currently 4 (excluding this one) draft posts on this blog about VR. I want to write about it but I also really don't want to.

VR is something that is best demonstrated, not talked about. But I want to put my thoughts down on my experiences on it whilst the industry is still so young, so here are just a few key points - I'll try and avoid giving my entire back story in regards to everything I've ever thought or done with VR as I usually do in these posts.

To avoid that, I'll forget about flow and just dump a few titled paragraphs at you, starting with a simple review:

Note: I'm not going to detail all the hardware and other systems of the HTC Vive, I'd recommend learning a bit about the system and how it works before reading this, I'm going to assume you at least know the basics. 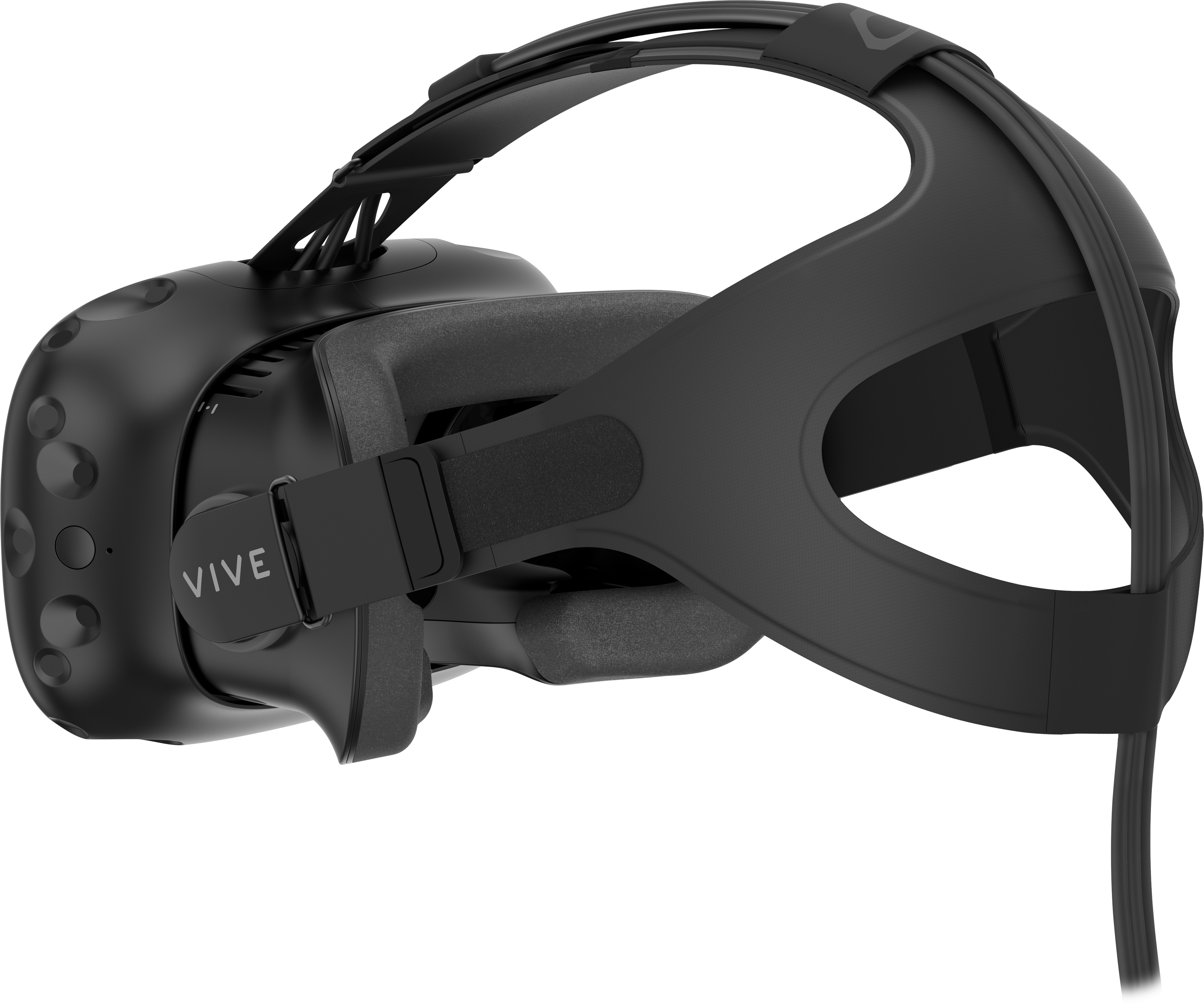 Ergonomically, the headset is acceptable, however being the only room-scale VR device currently out, it should be better. Whilst it is possible to get that good fit every now and again and for you to largely forget about any comfort issues over a long session, it's not trivial to get that fit and some may never get it.

It's far, far from a deal breaker - but it's annoying - it's annoying that the headset that allows and encourages you to be active (due to the nice capabilities of the technology), that it is the headset perhaps least comfortable in that setting.

Initial setup was pretty painless for myself, having watched a few setup videos before receiving the system - but what hasn't been painless has been various setup issues post-initial setup. I get it, it's a complex system with many different parts with all their own set of firmware, software and ways of interacting with each other and the PC - there's a lot to go wrong and it does go wrong sometimes.

It has improved massively since launch, Valve have done a good job at improving the firmware of the devices and rapidly developing SteamVR to improve the whole experience (implementing feedback from the community quickly and to a good quality). But occasional issues that just stop you in your tracks and suck any desire to play with it at that moment still persist.

One example: There is a bluetooth system in place that allows SteamVR to shutdown and startup the lighthouses when starting and shutting down SteamVR - it's a very handy feature - unfortunately sometimes they just won't wake up - you won't know why, you won't know what you can do to fix it other than just try all the troubleshooting steps until they just suddenly decide to come back life.

The lighthouses are deliberately dumb devices, but the external management of them has thrown up issues that I wish didn't exist. They are becoming a lot less frequent, it hasn't happened too many times (2 or 3 times in the past couple of months), but when it has happened it has sucked any desire to even bother to fix it at that moment and continue with the plan to play a game.

Another similar issue (again, bluetooth) is how the controllers sometimes will not stay paired at the same time, meaning you have to dive into some development tools to manually force unpair all bluetooth devices in the SteamVR system. This issue is a pretty quick and painless fix, but again, it's a bit of extra friction to make you hesitate jacking in when you're a bit tired and just want to plug-and-play.

There are two main categories that define the technology of a VR system, audio/visual and tracking. 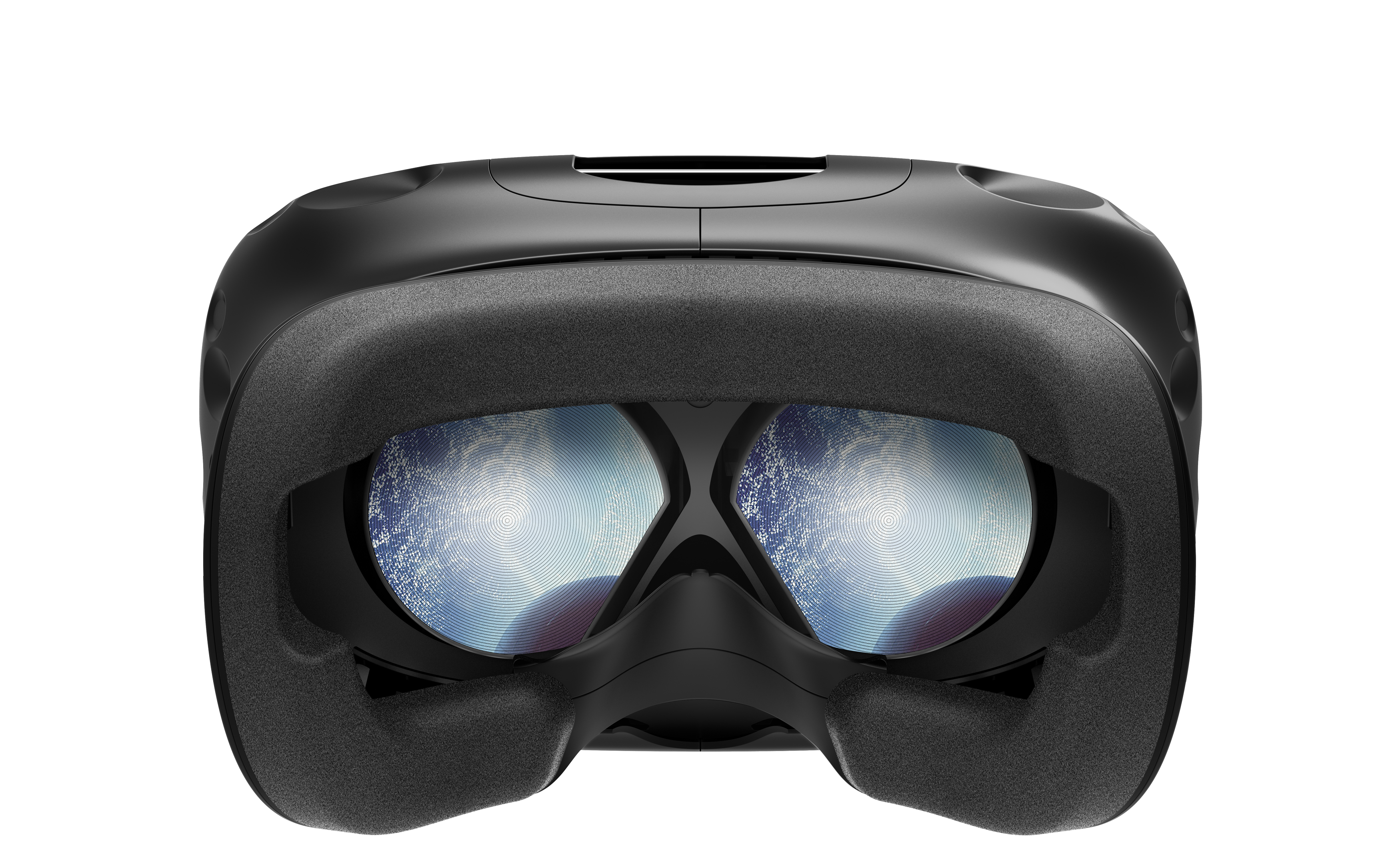 As with all the current VR systems, the resolution is not good. Don't expect it to be good and don't expect it to be of the standard you expect in 2016 for other displays. The displays themselves are, as far as I can tell, great - the resolution issue is a largely a problem of GPU horsepower not because the displays are bad (they're good quality, low persistence, high refresh rate OLED displays) - I'm sure we could get higher resolution displays now for these headsets, but cost and GPU power required means it probably isn't wise to go there just yet.

However, whilst the resolution is not good, smart design can make you forget about it in the moment. It's noticeable in many games and other experiences where they have approached the visual design of their games (technically and artistically) from the ground up in VR.

Valve's 'The Lab' is an excellent showcase for this, you can - moment to moment - totally forget about the display technology and resolution when you're faced with a well designed game that doesn't have aliasing everywhere and other typical low-resolution artifacts. So whilst the displays are low resolution, it doesn't mean you can't have a good visual experience in VR as long as the content creator understands the limitations of the displays they're targeting - and thankfully many, many do.

Headset tracking, as far as I've experienced is pretty much flawless. No discernible latency and deals with any extremes I throw at it. Headset tracking is fundamental to VR so it's perhaps no surprise that this does work.. because it had to work. 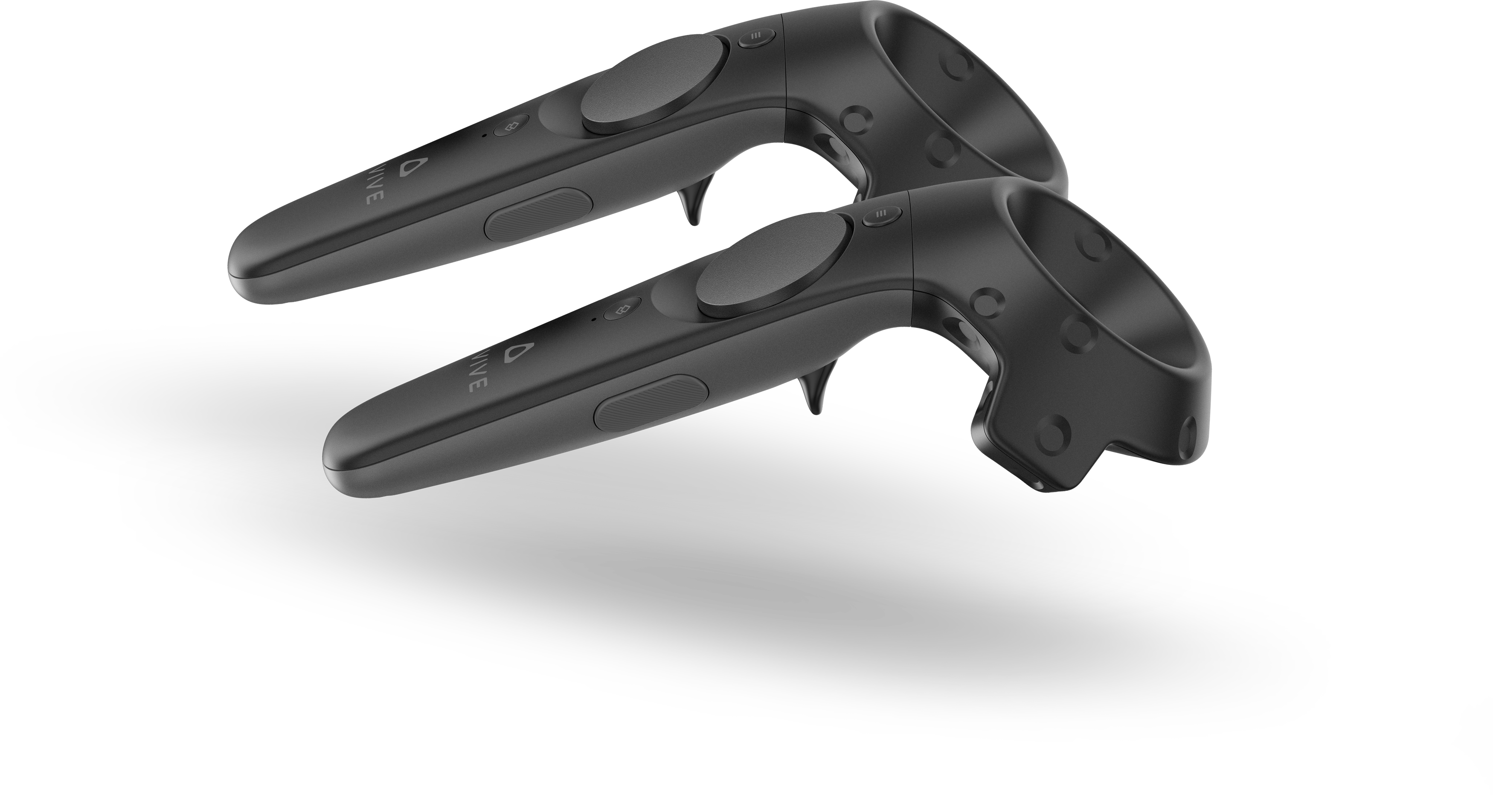 However, the Vive's continued differentiation is the controllers and ability to easily and conveniently operate at 'room scale'. The Vive adopts a 'inside out' tracking system, where the components which track movement are placed on the user hardware (headset and controllers) and they track the environment or things in the environment - in this case being the non-visible light beams being flooded into the room by the two lighthouse base stations.

The 'dumbness' of the lighthouse units means that they aren't required to communicate in any real way with anything other than each other (they send simple synchronisation signals to each other to.. synchronise their light sweeps in the correct intervals). All they need is power, meaning you can plug them in anywhere you can get power and you don't need to worry about them having to communicate with your PC.

This is in contrast to systems employed by the likes of the Oculus Rift and PSVR, which has tracking markers on the headset and an external camera tracks their position. The camera has to be connected to a PC in order for this to work.

I love and am totally a believer in the beautiful simplicity of the Vive system, it's not without drawbacks (more components to manage), but it has some very nice advantages and feels totally appropriate for many different potential VR scenarios.

The tracking accuracy itself, on the controllers and headset is the best I've ever seen or experienced. The controllers are utterly brilliant - one exercise I love to do, even to this day, is whilst in VR is to throw the controllers up in the air and catch them using only the representation in virtual environment i'm in.

I can't see the physical controllers when I'm throwing or catching them, but the latency and accuracy is so good, that I can throw and flip the controllers in the air and catch them. Every single time I use my Vive, it's the controllers that immediately impress me, just moving them around, throwing them around, touching them together and seeing how accurate their digital representation is - is incredibly pleasing. This is hands down the best motion control tracking system in a consumer device.

One of the biggest challenges VR faces, in particular high end VR (HTC Vive, PSVR and Oculus Rift) is convincing people to create software for what is a fairly small install base. There are struggles here, but I think if you let go of some of your prejudices you'll find a lot of really cool content.

You have some pretty traditional games applied to VR (e.g. RPG, puzzle and adventure games.), mini games that focus on giving you enjoyment out of creating interesting and fun mechanics with the capabilities of the Vive, and a lot of experimental game content. Games which aren't shy about experimenting in public, tackling the challenges of VR games design and finding what works and what doesn't.

Whilst there is quite a lot of variety in what is available, what you won't find much of at the moment is big budget AAA games. Which of course is understandable, given the market at the moment. The clean slate we find ourselves with in terms of game design also doesn't lend itself particularly well to those businesses, but thankfully we have lots of great independent and smaller developers and publishers figuring this stuff out, so that if/when these larger developers and publishers want to give it a try, they have a lot of work to draw from.

I have a few standout games thus far:

All this is ignoring the wealth of non-game content. It's repeated over and over that in the future, mainstream VR probably will be primarily used for non-game content. We have tech demos, tools, passive and interactive story content, social spaces, and a lot more. For someone who enthuses over this stuff, to be here at the beginning, trying all these things out in their infancy is incredibly exciting.

It's definitely a gen 1 device and suffers from the typical issues gen 1 consumer technology does. Rough edges in setup and maintenance, maturing operating software, etc. But either way, it's been a largely positive experience.

The great thing about VR from an enthusiast perspective is we have a clearly defined roadmap for progression on what we need to achieve in order to make VR better. In the VR systems themselves and the supporting technologies, there is a long, long way to go and that should provide those industries a good goal to aim for and us a nice long period of innovation in those industries.

That's why I'm looking forward to seeing the next generation headsets, maybe it'd be wise to wait 2 years (from launch of these initial headsets) before launching a new one, so that there can be a safer increase in targeted performance requirements (we've already seen a big increase in GPU performance for lower prices in NVIDIA's pascal GPUs since the launch of the Vive & Rift).

There is plenty to improve on the Vive, I have had a few small sessions with the CV1 Oculus Rift now and played Oculus Rift games (on my Vive) and I'm okay in saying the Vive is currently the best VR experience you can buy (pre-Oculus touch, at least) - but there are improvements that can be made on the Vive even in comparison to the CV1 Oculus Rift (specifically thinking about ergonomics).

So even taking a smaller iteration to polish up those kind of issues a year after launch would be welcomed, with a larger upgrade (to displays, refresh rate, tracking, etc) to follow the year after could perhaps be an even more sensible approach.

Thoughts on the VR experience

I think the most important subject in regards to VR is the actual experience of VR, however. Whilst the devices are definitely important in getting us there, if the concept isn't compelling - what's the point?

I have detailed these thoughts in a separate, post here.

The Legend of Zelda: Breath of the Wild is possibly the first to 'get' open world

There have been some truly brilliant open world video games, most recently…

Five months inside my own Virtual Reality

For my more general review of the HTC Vive and SteamVR systems,…