This year, 2018, marked 10 years since I left school, it doesn't feel that long ago and it's quite scary. This isn't something I mentally took any note of, it wasn't something I was counting down to, it didn't stand out to me as a notable moment whatsoever.

But looking back on this year, I think in some way hitting this milestone has been felt. A lot of the media I've consumed this year, even if having no real relevance to anything I experienced during my time at school I've been able to string some nostalgic connection to from that time.

I've been back into music I listened to a lot of in school, I've been revisiting films, TV shows and games from that time, and if that wasn't enough nostalgia, the fantastic podcast 'Berkhamsted revisited' came out this year - marking the same 'anniversary' of 10 years since leaving school for one of the hosts - Laura Kirk - who reads from the diary she kept for all those years. Bringing the whole 'growing up' experience back for someone of my age (precisely in this case).

It is also the year that the 'coming of age' genre finally began to make sense to me. I've enjoyed plenty of these films in the past, but I feel now I'm able to look at them with a retrospective view on my own experiences.

Lady Bird is a coming of age film, but I'd hardly call it typical of the genre. For one, Lady Bird feels very real (so, atypical). The production, tone, visual style and setting feel very familiar - but more so - the characters and dialogue are exceptionally written and acted. It's funny, warm, awkward and genuine.

The film has a couple of central themes, which perhaps could just be one central theme, maybe. My problem is that during the classes where I'd have been able to develop the skills to properly analyse literature or film like this, I was either messing around or asleep. So, I'm sorry if I'm missing a lot here, I don't know what I'm talking about.

But one of the themes that stood out for me is one that is very literally spelled out, so even I could pick up on it. It's about the attention you pay to things, places and people, or about the attention you get from others. The titular character, "Lady Bird" (Christine) emphasises through the film her dislike of her hometown (Sacramento, California) and desire to get away.

Lady Bird writes an essay about Sacramento and another character (a teacher at school) reviews her work and makes the observation that she must love her hometown due to the 'affection' and 'care' in her writing. Confused, Lady Bird questions this, saying she was just 'describing it'. Persisting, her teacher repeats that "it comes across as love", Lady Bird repudiates "I guess I just pay attention". Her teacher suggests that 'Love' and 'Attention' are the same thing.

To explain how I think this wraps up the film, I need to take a few steps back. Lady Bird isn't a film about the character "Lady Bird". I mean it is, but it's not her own. It's arguably a film in large part about the relationship between her and her mother and the film does shift to the mother's perspective quite frequently, not necessarily directly, and "Lady Bird" is still primarily the lens in which we look through.

The antagonistic and kinda sad relationship between "Lady Bird" and her mother is where these themes and ideas manifest so strongly towards the end of the film. Where Lady Bird, now away from home and her family, describes her experiences driving around her hometown for the first time. She describes it as emotional, listing the mundane details about it that suggests the new perspective gave her an appreciation of it that she perhaps didn't have before.

It concludes simply that how she views her mother and their relationship has changed by the same realisation she had about her hometown.

I think why Lady Bird feels like it fits into this year's series of media which have evoked some kind of nostalgia, for thinking back about my years growing up, at school, and since leaving, is that especially the 'hometown' perspective is one I relate with. This year, I've walked around old areas of my hometown where I used to play with friends, go fishing, explore, build stuff, ride our bikes until we could no longer bear the midges biting us.

I was reminded that it was a good place to grow up despite not particularly wanting to be there now. Where I used to find it unremarkable, I now look at it much more favourably and my attitude to it now is that it very well may be in my plans for the future.

Lady Bird's central plot perhaps doesn't earn it the record breaking Rotten Tomatoes score it held for a while, but it's an absolutely quality film in so many other ways which go a long way to justifying those scores. 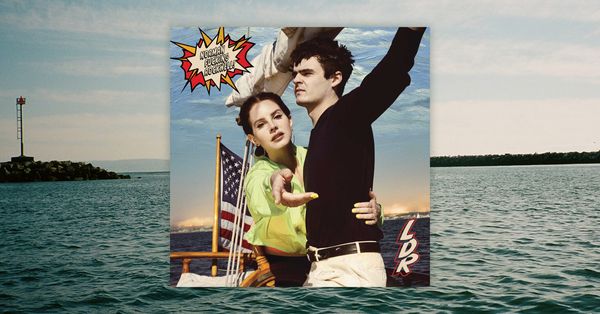 It's me, your little Venice bitch.

There's this narrative building in the video game industry about Valve and Steam, and it's quite an odd one. That because it's the largest PC game platform, it somehow doesn't deserve its position, or even more stupidly that it is a 'monopoly'. People seem