Lorde's first album, Pure Heroine (2013), from the then-16/17 year old was one of my favourite albums of that year. It had a cool sound, it was a little out there and most of all was full of promise. It was simple and accessible, it was a combination perfect for a debut album.

Melodrama (2017) is Lorde's second album and one I was looking forward to. It released in June and my initial impressions were good, I really liked it. Perhaps it was a matter of timing, but I didn't actually listen to it much after my first listen, I was happy with it - but it didn't leave an impression akin to the first album.

A month after release, I flicked down my Spotify 'all music' playlist to my latest additions. Melodrama was still one of the latest, so I started from the beginning of the track list.

I was at home, listening on a good pair of headphones, full blast.

My opinion went from "pretty cool" to "fuckin' brilliant" by the time I had finished that single run through. Perhaps Melodrama isn't quite as accessible as the first, but that's not to say it isn't - it very much is - I just perhaps went in with different expectations and that threw me off.

But either way, from the more mature and emotive writing, to the incredibly cool and varied sound and production, I absolutely adored this album. What's more is that in the five months since, my adoration has only grown. It's one of my all time favourite albums, it just gets so much right for me.

This is an album I often save for when I'm at home. I sit down, put my headphones on - crank the volume - and just listen to all the way through. It's one of the albums that when flicking through my music library on my commute that I'll often skip past in order to save it for when I get home so I can get the 'full experience'.

The greatness in this album is complete, it's not just a cool theme or writing, it's everything it comes together as, so I want to make sure I'm experiencing it all when I'm listening to it.

I can't guarantee you'll like it, or find it anywhere near as special as I do, music is way too subjective to make any such claims. But I do hope if you enjoy good pop music to drop any preconceived ideas you had about Lorde or the type of music this may be and just give it a listen. My only listening advice would be to avoid 'Green Light' being your first track, it's a very good track, but is perhaps the safest and least interesting on a surface level, pick any other track and come back to 'Green Light'.

It's too bad she won't live, but then again who does? 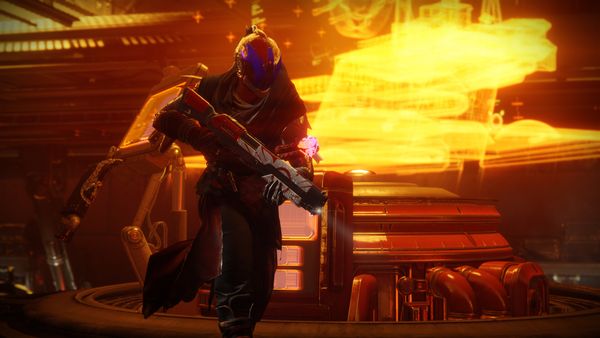 I often hesistate to openly describe how I prefer to play certain kinds of games, because the way I play these games could suggest a certain disrespect for certain elements