As usual, these are just the highlights from this month.

When I first heard that a Breaking Bad spin-off had been commissioned, based on the character Saul Goodman, I was interested - because Breaking Bad was brilliant - but I didn't have high expectations.

The name, "Better Call Saul" lowered my expectations a bit more. But I was wrong to doubt, now in its fourth season, it remains some of the absolute best TV out there. The 'origin' story, the characterisation and the style, pacing and direction of the show are not at all what I expected, but it's brilliant. It's quite slow, but that's far from a bad thing - it's tense and always intriguing.

Breaking Bad was almost relentless (especially in the later seasons) in ramping everything up, which was fantastic - but this is a change of pace and actually a welcome one. I feel like this could comfortably go on at a high quality for quite a while - there's so much to explore before we end up where Breaking Bad picks up and the series presumably ends.

A podcast, described as:

A podcast about growing up awkwardly! From age 13, @laurakirk12 kept a diary on teen life in Berkhamsted. Now 26, she's reading it back

The hosts, Laura Kirk and Laura Gallop are exactly my age and are British. So our school experiences are very similar to mine (with some relatively minor regional and maybe.. class differences). At first, when I heard the podcast advertised by another - I (stupidly) assumed it wasn't aimed at me. And by me, I mean, men. But the clips played in the advertisements interested me enough to give it a try - and I'm glad I did.

It's nostalgic, genuinely funny and well produced. I feel a bit silly for making the odd demographic assumption about this, but apparently I'm not alone! A BBC article released a few days ago about the podcast explains not only did other men assume the podcast wasn't for them, but in fact - the podcast is broadly popular with men too.

"Berkhamsted Revisited: The podcast for millennial women that's a hit with men"

I've never really listened to Paramore before, it was never really my thing, but last year their "Hard Times" single caught my ear on the new releases on YouTube and I really quite liked it. I knew this was a departure for the band, into a more pop style and maybe that's why it grabbed me.

So over the past year or so, I've had the full album on my 'all music' playlist and listened to tracks here and there. But only this past month have I really given it a proper listen, and it's great! Great vocals, great production and a cool retro-pop style.  There's only one, maybe two tracks I'm not too keen on - the rest are crackin'

From Paramore to Eminem, and this sneaks in just in the very last day - but it has got a lot of playtime already.

I'm a long time Eminem fan, I grew up on TSSLP & MMLP, and it has been a bit rocky this past decade. His latest album (Revival) was weird to say the least. Odd production, strange focus and just a general lack of quality. It was widely criticised - from the more mainstream pop fans, to the hardcore hip hop heads.

The reaction clearly irked Eminem, because he released this album without the slightest hint it was even coming. His 'release comment' was simply:

Whatever his process for putting this album out, it's a success as far as I'm concerned. The highs of this album are the highest I've seen from him in probably 10 years, I'm not sure if the baseline quality is quite as good as Marshall Mathers LP 2, but the peaks are definitely higher.

Three tracks in particular, "The Ringer", "Fall" and "Lucky You" are brilliant. The album is a direct response to the reception of Revival, in some parts seemingly accepting the criticism, in other parts rebuking it. He's angry at the criticism that he's expected not to answer.

Being the most successful ever hiphop artist, and one of the most successful music artists ever, he's expected to rise above it. But this is a genre of music founded on competition and expecting one of the best ever competitors to not compete is something Eminem clearly finds unfair. He goes in on almost everyone and it's great. The lyricism, wordplay, flow and subject matter on those two particular tracks alone are almost everything I want out of Eminem.

Why I always found Eminem so compelling is the emotion in his music. He had sick, horrible and disgusting lyrics and scenarios he dreamed up based on his real life situations and circumstances. He's seemingly in a good place now, he's older (45!), he can provide very well for his family and he's sober. So his subject matter has obviously shifted, and likely can't and shouldn't go back to where it started.

What he has left to bring out those strong emotions is now largely very rap/hip-hop focused. Defending his legacy, dealing with the burden of his legacy, proving he's still as technically skilled as he once was. Dealing with naturally not being as big, current or popular as he was.

I think in many ways Eminem of today is more technically skilled than he ever has been, though it's perhaps not as effortless for him as it once was. New subject matter, new circumstances all make it seem a lot more deliberate these days and perhaps leads to overthinking and second guessing himself.

I'm happy with the album, it hasn't been fun, as a fan, to see him struggle as he has.

It has been a while since I last properly played CS. By a while, I mean at least a year and it has been even longer since I bothered with ranked matchmaking, closer to two years.

I always come back to Counter-Strike, I may not play for 6 months, a year - but I have always come back. It's the definitive competitive multiplayer video game as far as I'm concerned.

Ranked competitive matchmaking has improved a lot since I last tried it. People are no longer screaming at each other for the smallest mistakes anymore, generally friendly, generally take it less seriously. This could have been the result of a few things:

The only real problem I've faced is that I'm a pretty good player (I have been playing CS in some way for probably 14-15 years). Unfortunately, the ranking system seemingly has a decay - and ranking recalibrations have happened whilst I was absent from the ranking system - meaning that on my return, I was ranked quite a bit lower than my old rank.

Initially, that didn't seem like a real problem. But I've won about 20 out of my last 25 matches and consistently have the most kills by a reasonable margin. I suspect I am actually ranked lower than I should be, I've been getting a lot of accusations of being a 'smurf' (someone who deliberately ranks lower than their actual skill level to have easy games). So this is a bit of a blemish on my experience, it's not fair on other players and it has kinda taken the tension out of my matchmaking games for now.

I am ranking up still, but it may take a while to get to where the skill gap isn't quite so pronounced. Don't get me wrong, I'm not an absolute top tier player - I'd say  top 15-20% in terms of mechanical skill and general game knowledge - but I feel like I'm getting matched with top 40-45% players at the moment.

Regardless. I'm enjoying the game a lot again. The game has had some good updates in my absence, a great new UI overhaul, great new map redesigns, continually refined balancing and the aforementioned improvements to matchmaking. I'm looking forward to the upcoming Major tournament (in London), even if I'm no longer up to date with the pro scene.

I'll skip over things I've covered in previous months unless I have anything additional to add. Spider-Man (PS4)Excellent game, a load of fun. Focuses mostly on the right things to make a good Spider-Man game. The cinematic quality of many of the missions, 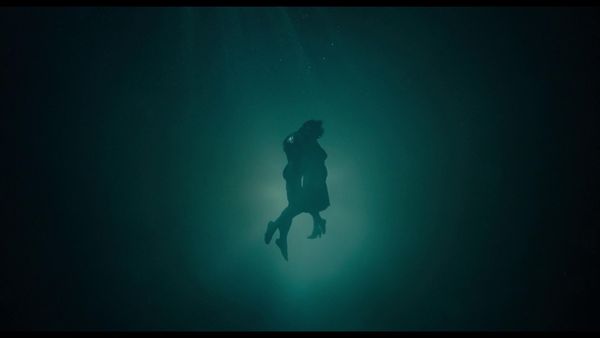 This is my hopefully monthly post dedicated to writing something about some 'standout' bits of entertainment I've consumed. It definitely won't be everything, just the things that stand out (for