This is my hopefully monthly post dedicated to writing something about some 'standout' bits of entertainment I've consumed. It definitely won't be everything, just the things that stand out (for good or bad).

As in last month's post, The Last Wish and Sword of Destiny are the first two books in the Witcher book series and are a collection of short stories to essentially set up the world and characters.

After finishing those, I moved onto the 'main event': The novels. Blood of Elves is the beginning and picks up from one of the stories from Sword of Destiny.

The short stories that preceded Blood of Elves were enjoyable, but it's good to finally get into the meat of the series. Whilst the games did a fantastic job at standing independently of the novels, they were still very much based on the novels. It's great to experience how it all 'began', the development of favourite characters from the start and the events that caused those that happened in the games.

The next in the series following Blood of Elves, I'm not too far in, so there's not much for me to say yet but it does feel like it's moving towards the type of thing I enjoyed the games for.

My only real complaint of the series so far is the dialogue scenes between characters can sometimes be a bit difficult to follow. It might be a fault of the translations, it might just be how they were written originally. It's not a huge deal, but I do find myself re-reading sections occasionally.

This was quite a surprise. Everyone knows something about the incident involving ice skaters Tonya Harding & Nancy Kerrigan. It not much older than I am, but still something I've seen and heard referenced many times during my life.

The film was funny but also quite sad. It found the humour in a ridiculous and nasty situation, but also made Tonya Harding - the accused - a sympathetic figure. Detailing her struggles in competing due to her working class background in a sport dominated by the middle class.

One of the best films I've seen all year, Margot Robbie was excellent as the title character. I'd definitely recommend it.

The Shape of Water

Try not to judge the odd premise, because this is a film I can't fault for its awards. Over a month later and it's still a film I'm thinking about. Wonderful story and characters, incredible performances, brilliant world building, aesthetic and sound.

I wrote about this last month, about how nice and joyful it was, but unfortunately it has ended after just six episodes. Thankfully, however - it's getting a new series!

It's nice, funny, warm and feels real. Always came out of each episode with a smile of my face.

I wasn't expecting much from this. I wasn't particularly interested in the premise, the novelty of seeing all these video game and pop culture characters in a film wasn't doing much for me either.

So I went in with with indifference. But I enjoyed it. The film was compelling and fun, not much more to say - for this month, it went up against two fantastic films (above), so it's maybe unfair to judge it based on that, but I got what I hoped I would get out of it.

It's full of holes, it tries to coast on all the references to video games and video game culture quite a lot, but I'm not one to be offended by that - it just wasn't particularly effective for me.

As usual, these are just the highlights from this month. Better Call SaulWhen I first heard that a Breaking Bad spin-off had been commissioned, based on the character Saul Goodman, I was interested - because Breaking Bad was brilliant - but I didn't have 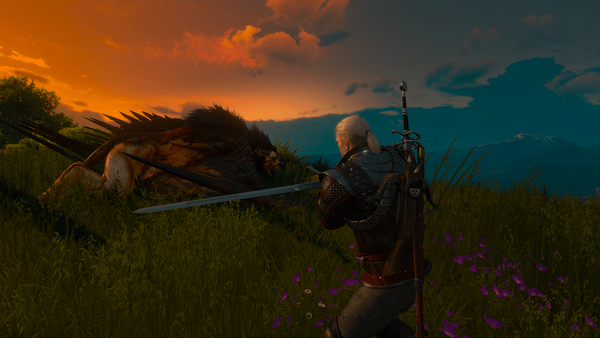 In yet another attempt to try and write more, I thought I'd give writing a monthly review of the 'entertainment' I've consumed. Books, films, TV shows, games, podcasts and music.