Valve announced a new game in this past week, a multiplayer card Dota based game. Naturally, as has been the case for a long time when it comes to Valve, people were angry. Angry that Valve don't make the games they want them to make.

For many, it seems inexplicable that Valve would leave behind the legacy it had in creating some of the most influential and critically acclaimed single player games in the industry in favour of multiplayer, 'games as a service', type games. As a fan of Valve's incredible single player games, I'm also quite sad that it seems unlikely we'll see any real focus on them in the future from the company.

But I'm not angry, not just because one of Valve's multiplayer games is also one of my all time favourites (the Counter-Strike series), but because I look at the numbers and I find it hard to see it as anything but a rational business decision.

People direct their anger at Valve because they're kind of a perfect symbol for the trend in the industry towards multiplayer games. It's not as if they were making middling, barely-successful single player games. They were very successful, one of the best, as I've already said. Valve's decision is purely about the money and the market, and perhaps about what new areas of the market they can discover and own a large portion of.

Every big publisher wants their own Dota 2, Overwatch, CSGO, League of Legends, Hearthstone, etc. So they're all trying and to many it's feeling like it is at the expense of the types of games they love - big, single player focused AAA games. Even when those appear, there is an increased focused on an 'online service' component to them. It is changing the way games are designed, to offer opportunities for people to keep playing them long after they'd usually be dropped by a player.

Why would a business pass up on this opportunity? Instead of the game you spent $50m developing fizzling out after a month, would you not rather have people continually playing it for months, or even years if you're lucky, afterwards - spending money on new content as they go?

The business case for this trend seems pretty clear.

The point I'm trying to get to in this article is largely that, in the long term, I feel gamers shouldn't fret over the death of their traditional single player experiences as much as they are doing. Why? I believe a balance will be found by the usual market forces.

This industry can sustain a large amount of single player focused games, they don't demand a lot of time from players and aside from the initial cost, no buy in is typically necessary for other content. This is why game developers traditionally didn't feel the same competitive pressure as other business would in other industries. There was plenty of time and money around to sustain the large number of competitors.

Multiplayer focused 'service' games, typically demand a lot more time and have a higher potential for continued spending from the player. There is a far, far lower threshold for the average player for how many multiplayer games they continually play. This is largely anecdotal, but I do feel the average play is not terribly likely to continually commit time and money to more than a very small handful of these types of multiplayer games.

There is less of a middle ground in success for these types of games, you either gain a significant player base or you die. Some manage to trundle along on small player bases, but more often than not - if you don't gain and sustain that player base soon - you're gone. People aren't as open to trying new multiplayer games when they've already committed and are still enjoying other multiplayer games. But the disposable nature of single player games means people are ready and willing to buy other single player focused games is much higher.

It's what you're good at

Valve know they are good at multiplayer gaming, they know they have good multiplayer properties. They can and do make massively successful multiplayer games. Largely abandoning their disposable single player focused games is not a significant risk for Valve, in fact - it could be argued that there would have been a risk that Valve were leaving significant amounts of money on the table given they understand they know how to develop within this highly lucrative market.

Giving context to Valve's success with mutliplayer games, here are some player counts for Dota 2 and Counter-Strike: Global Offensive.

The peak player count for these games happened way after their initial releases, these games have developed and grown significantly since launch. The return on investment is huge. These games have hundreds of thousands of players concurrent, every day, years after launch. Over a million unique players, daily.

Compare this to their last big single player game, Portal 2 (a game I absolutely adore). Whilst we don't have numbers from Portal 2's launch, we know that just over a year after it's launch, the peak concurrent player count was around 9,000 people, average around 4,100.** This is all stupidly obvious, people obviously don't keep playing single player games much longer than after the month of their release.
** But still, people seem to expect Valve to ignore all their success in their multiplayer games and instead invest more in less return.

Or not good at

For many, success in this part of the market is not a part of their history. It's never certain, no matter who you are, but it's more certain for some and less certain for others.

Many publishers and developers won’t be able to make multiplayer service style games that compete with Dota 2 or Overwatch, and they will soon realise this. Whilst these types of games require lower up front investment for development, the potential losses as a percentage of development costs are potentially higher. It’s my belief that out of this will come a balance, it won’t stop those who have yet to find a sufficient multiplayer hit game from continually trying - but it will be less.. relentless.

It will be more measured and there will be considerations for the damage done to existing franchises during the pursuit for that multiplayer pot of gold. Example, If EA understands that trying to make their mainline Mass Effect games into a multiplayer focused series will reduce the reputation of the series whilst also not being a terribly successful multiplayer game, they may choose to dial back and refocus on what they know is successful: good single player games.

This is why I’m not so anxious about these trends in the industry, I am a believer in the market - the reaction to these highly successful multiplayer games has been typically out of proportion but still entirely understandable. It does take time for the market to adjust to such new forces and I do believe it will adjust and find a balance that is far from the impending doom many enthusiasts are predicting. 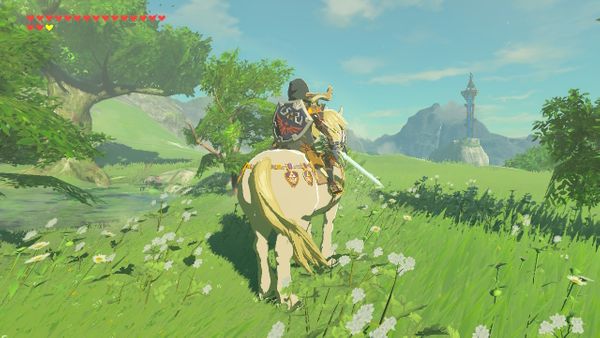 It's no secret that I think very highly of Zelda: Breath of the Wild, it's one of my favourite ever games. As I said in the post above, I think 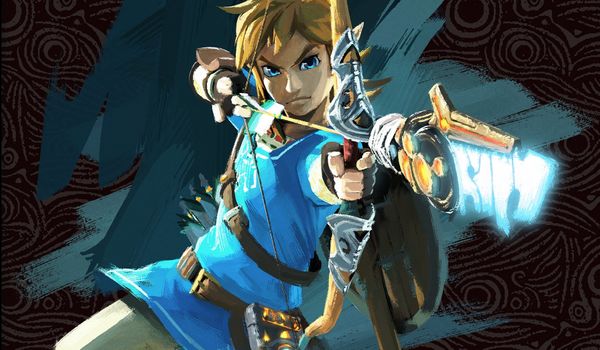 There have been some truly brilliant open world video games, most recently The Witcher 3 - one of my all time favourites - and they are brilliant in large part