A key component of Valve's living room push was the Steam controller, because after all, how exactly are you going to bring the advantages of the PC to the living room without many of the PC exclusive (and likely controller support-less) games playable in a reasonable manner?

I think this motivation is important to emphasise. A frustratingly common sentiment of the Steam controller prior to release was "Why not just make it like the DualShock or Xbox controller? Why try and reinvent what works?" which is a view that comes entirely from completely misunderstanding why the Steam Controller exists: To have a controller that'll work with practically any playable game on the PC (Windows, Linux and OS X).

The Steam controller aims to achieve this ambition by doing things such as emulating a keyboard and mouse out of the box. Testing by community members (e.g. Krejlooc on NeoGAF) has found that this controller is detected as a standard keyboard and mouse by a variety of devices, not just your typical PC, including consoles such as the Dreamcast which supported standard HID compliant keyboard and mice.

But what about everything else? A controller just for games without controller support probably wouldn't be super compelling, it needs to be a good controller for everything else too. So it also emulates traditional controllers and their analogue sticks on the trackpads. But that's not all, the Steam controller is entirely customisable and configurable.

This offers more functionality over both those control schemes, the ability to combine the directness of a mouse or trackball with the fluid and more natural movements of analogue sticks layered on top of more available inputs and a highly configurable haptic feedback system and motion control. All of this can be applied to basically any game, from day one, by you. You can create custom configurations or use ones others have shared, which are sorted by how many other people are also using them.

The first impressions of a controller are naturally based on its physical design and ergonomics. For this controller my impressions were largely positive, not overwhelmingly so, it was a "this is decent" response. However, eager to get a feel on those trackpads, I jumped into the quickest game I could choose.

So here's the real impression that matters: It has a steep learning curve, you have to get yourself out of habits from regular controllers. The Steam controller is familiar enough that you're subconsciously tricked into believing this is a regular controller and you'll try to do all the same things on it just by muscle memory. For some, this period may be frustrating to the point of giving up, but given my strong belief in the concept of this controller, that was never going to happen for me, not so soon.

For games designed around those traditional controllers (the Xbox controller, for example), I'm not as convinced, it's perfectly functional and after 30 minutes or so I just forgot about what controller I was using (surely a good sign) and kept playing the game (The Witcher 3 in this case), but that's possibly not a good thing, for people to adopt something different it can't be at best 'as good', it must be at least better in some appreciable way.

This is where I explain what I think is what the Steam controller can offer as a significant improvement: picking and choosing the best input for the game. The immediate example I have are third person action games such as Metal Gear Solid V. I played through this game with a controller because I value the analogue movement, but aiming with analogue sticks is a constant distraction due to the pain of trying to do the equivalent of knitting with spoons.

With the Steam controller I can have that analogue movement and a direct input for aiming, or something in between with the cool trackball emulation enabled by the custom configurations. I can be far more accurate (and less frustrated) when aiming and have the natural, fluid analogue control for movement of the character all in one!

The only downside to this at the moment is that the game thinks you're simply using a keyboard and mouse and displays the keyboard prompts, instead of controller prompts and it only works on games which will let you use two control methods simultaneously (thankfully this is becoming quite common).

So whilst this works for now and you can have a good experience, it perhaps won't be universally recommended until we see developers write their games to the Steam controller API to offer these functions into their games natively.

.. and that brings me to my conclusion. The Steam controller fulfils the purpose of its primary motivation right now and I think it does a pretty good job. Would I recommend buying it right now? Not necessarily. Unless you're eager for a device to let you play some games which don't have controller support with a controller right now, then I'd suggest holding off for at couple or months or so.

There are some rough edges in the software and the controller relies heavily on having some good configurations for games which may not be that good depending on your games. However, even without official developer created ones (which ones for many popular games already exist) the community configuration system provides a good way for the community to come to good solution, so I don't think it should be too long before we see broad coverage of good profiles.

The system sorts configurations by the most popular ones (by how many people are using it) and within just two or three clicks, you can create a copy of their configuration, make some of your own changes and publish it for others to use too. It's a really great and seamless system that should add a lot to the value of the controller... eventually.

However, at this point, I don't think that is quite enough for people to start to consider replacing their Xbox controllers with it entirely, to complement it? Absolutely, but what we need for the Steam controller to have a shot at becoming the de facto PC controller is for developers to design support into their games for all the different functionalities of the Steam controller (where they make sense).

At that point, I think the Steam controller can not just be a replacement with the functionality for other games that the Xbox controller couldn't serve, but also provide significant enhancement on that traditional controller design within games.

TL;DR - Shows great promise, fulfils its core motivation currently, but those not willing to tinker should hold off for a while and re-evaluate sometime in the near future. Cannot overemphasise the high learning curve, but should note that it could bring great rewards for those who get over it.

Having used Let's Encrypt for a few weeks now, I think it's safe to be optimistic about it at this point. "SSL certificates are a racket" is a common expression and one that isn't unfounded, but the availability of cheap, widely compatible 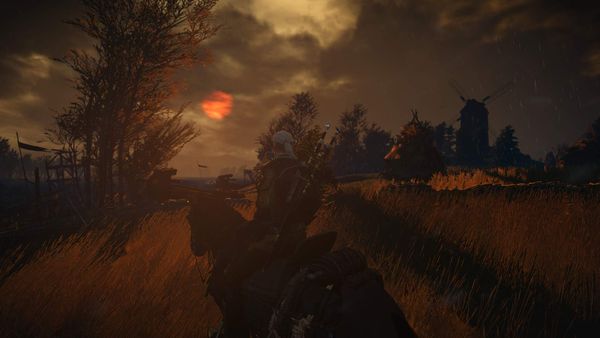 On average, I'd say that about once every three-five years comes a game that really stands out. During this period there are often games I'll rate very highly, perhaps almost